XT: Back in Action

After a long period of plugging away at our new design, ExchangeTree is back in action and ready for you to use. 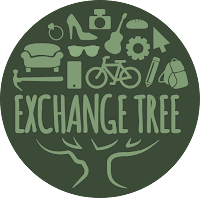 Here are some changes you'll notice: 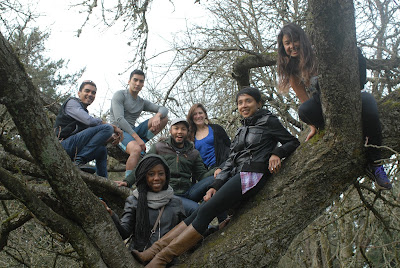 Thanks for being a part of the ExchangeTree community!

- The ExchangeTree Team
Posted by Unknown at 11:24 PM No comments:

Why Not Alternative Currency?

After I explain the concept of ExchangeTree - bartering goods and services without involving money - many ask me why we don't incorporate an "alternative currency" system (such as Bitcoin or time banks).  The inclination towards alternative currency is understandable: how do you value what you have to offer without some sort of numerical measure?  How do you make sure an exchange is fair if the people involved don't know the "price" or "worth" of the item they are receiving? 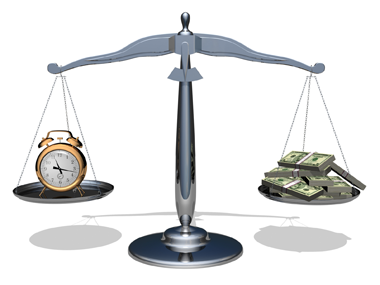 In starting ExchangeTree, I wondered - maybe if that sort of numerical valuation were not involved at all, people would think differently about the things they are trading.  Maybe a math tutor usually charges $50 a session and a yoga instructor charges people $10 each, but the tutor feels the yoga instructor can provide her with a service she needs, so perhaps that's all that matters.

But just in case, and to avoid potential conflict, I encouraged people to directly state the "real world" value of what they're offering.  People may not know the amount of work and materials that go into another person's craft, causing people to accidentally lowball each other.  After starting ExchangeTree, I was anxious to see if these kinds of conflicts of misunderstanding would arise.

Yet I have been pleasantly surprised to find something different entirely:  in my exchanges so far, people seem to be more inclined to give without as much concern about a "fair" deal.  Why might this be?

I discussed this with Vie, an easy-going and vivacious woman with whom I've been exchanging who has offered me a place to stay, rides, and her handmade jewelry, and in return I've offered her voice lessons, babysitting, and to borrow my guitar and bike.


Vie mused, "in most situations, people feel ripped off and entitled when they don't get exactly what they want, because they're working and working for their money at jobs they don't find fulfilling. Then money seems like more of a tragedy when it's lost."

Even for those of us who do find our work fulfilling, we often grow so accustomed to being rewarded with money that we begin to equate our time and effort with money itself.

Vie continued: "But when you're doing something you love to help out someone else, it's a pleasure... it doesn't feel bad to even just give it away."

What's more - we're letting people know their value to us when we ask them for help and accept what they're offering.  When someone expresses that they're better off somehow because I've helped them with a skill I have, I feel great about myself - don't you?

I've found the same phenomenon with everyone I've exchanged with so far.  Anna told me that she usually charges $60 for her massages while I usually charge $35 for my voice lessons, and while I was eagerly brainstorming ways to make up for the difference, she insisted that she was happy to exchange a lesson for a massage despite the difference.  Similarly, I traded amazing homemade bread with Brad who continually gives me extra, and Karenna ended up giving me a bunch of things she was leaving behind before moving - including camping gear, a guitar, and a kindle - likely because we had already established a relationship through exchange of music lessons, hair cutting, and bow drilling lessons.

Perhaps, then, valuing things based on dollars, hours, or any other numerical system doesn't have to be the only way.  When we reach out to people with our gifts and talents, we get to practice what we love in a way that brings joy to others.  We get to share what we know with people we've made connections with, and get reminded of our own value in the process.

Posted by Unknown at 9:14 AM No comments:

Our Story - The origins of ExchangeTree

Standing on the side of the road in Southern Oregon, with my thumb out and my backpack and guitar by my side, waiting for whoever would pull over next, I sighed with pride as I realized how far I had come. In a year of traveling, I made my way around the perimeter of the country using only the money I made as a street musician (you can read about my adventures here).

The major factor that allowed me to get from one side of the country to the other was that many people reached out and helped me along the way. People I didn’t know welcomed me into their homes, picked me up on the side of the road, and sat by me while I performed on the street, waiting to hear my story or to share one of their own. Like the 75-year-old man who had ditched his possessions and previous life to spend his remaining years on a sailboat. Or the gay nudist who worked for a large corporation in the bible belt. Or the German woman who made a Holocaust documentary to spread messages of peace, and learned to recognize infections by smell after working as a gynecologist in Eastern Africa.  Each of these people shared space with me, shared their story with me, or shared their gifts with me.  Despite our "plugged-in" culture that sometimes feels disengaged, I was surprised to find just how many people were longing for human connection, how willing they were to go out of their way to help a stranger, and just how much they each had to offer.

During my trip, there were countless times when a person would pass me while I was busking (street performing) and say “I used to be a musician!” And I would ask, “What happened?” The answer was often something along the lines of: “I didn’t make money; I had no reason to practice; no one hiring cares that I happen to shred on the guitar. So I stopped playing.” But once in a while some of these retired musicians would agree to play music with me. I would watch their faces light up as they slid into their element and shined.  And strangely enough, I heard similar responses when people expressed a desire to learn to play music, which they never fulfilled: “I don’t have money for an instrument or lessons; I don’t have time; I have no idea who I would go to get started.” If only the people who needed a reason to practice their talents could link up with the people who wanted to learn those talents…

The talent and interest didn’t stop with musicians: I met writers, car mechanics, fitness buffs, rock climbers, lawyers, artists, sailors, teachers, builders, screenprinters, web developers, edible-wild-plant experts, bakers, farmers, filmmakers, improv comedians, chefs, rodeo champions, meditators, yogis, dancers, community starters, poets, and more. There was the computer scientist who was also a master of circus arts, the young woman who trained and traveled with birds of prey, and the man who grew up on the streets of Mexico and could now speak 5 different languages. While I was continually inspired by the wealth of talent out there in the world, I noticed that there seemed to be a counter pressure from our society, convincing us that these things aren’t valuable if they don’t make us money. We sometimes forget that there is so much more that we each have to offer besides what we do for work, in all of our skills and talents and unique life experiences.

We at ExchangeTree believe exchanging with each other is key to following our passions without financial barriers. So many things we seek from afar could be offered right in our own neighborhoods, if only we knew what the people around us had to offer, and we weren’t limited by the money in our pockets. The idea behind ExchangeTree is to make bartering culture more accessible and organized, and to provide a platform for us to teach and learn from each other. It helps us achieve our goals while connecting with interesting people around us.

I found Josh, our extremely talented web developer and Chief Technical Officer, who was able to make this idea come to life by creating our online network from scratch.  And thus, ExchangeTree was born!

On ExchangeTree.org, the possibilities are limitless, from exchanging cooking lessons for a personal training class, to tips on improving your soccer skills for Spanish conversation, or editing a paper in exchange for an historical tour of your city. It is YOU, the ExchangeTree members, who give ExchangeTree its value, and your creativity that makes the world a more interesting place.   And in the spirit of supporting human connection, ExchangeTree is not only about getting the things you want and need, but it’s about reaching out to people, building community, paying it forward, and remembering all of the things we each have to offer.

We at ExchangeTree know that exchange has the power to build meaningful connections among people and within communities, and to add more purpose to our everyday interactions. We want to see everyone flexing their skill muscles for all the world to see. So, what do you have to offer?


- Julie Osburne-Rothstein
ExchangeTree Founder
Posted by Unknown at 10:26 AM No comments:

The ExchangeTree Word aims to capture the progress, ideologies, and potential within our bartering community.  We will fill you in on the ins and outs, the happenings and whoswhatsits of ExchangeTree as they arise, and the great minds and talents of which our community is comprised.

The Word will document the progress and expansion of ExchangeTree as a company, including new locations, new features, and updates about our status.

The Word will feature select members who we think are doing particularly awesome things with their lives or their exchanges and we think you should know about them.

The Word will accept entries of interest from guest writers within our community, on anything from news stories of relevance to our values, to exchange experiences, to philosophical musings, to pieces on social or environmental justice.

So follow us, or check in with us every once in a while.  Stay in the loop about what's going on in our community so that you can make ExchangeTree your own.

Want to write for ExchangeTree?  Contact julie@exchangetree.org.
Posted by Unknown at 7:42 PM No comments: